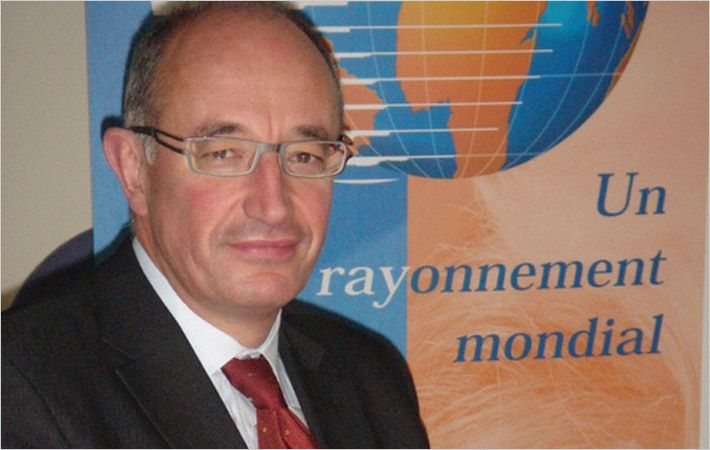 Bruno Ameline
The financial turmoil taking place in China is likely to lead to a global slowdown affecting the textile machinery manufacturing industry in return. The effects will likely be felt by 2016, according to a leading machinery manufacturers’ association.

“I am positive for 2015 as we currently enjoy buoyant order backlogs, but I feel concerned about a possibly stagnant 2016,” Bruno Ameline, president of the French Association of Textile Machinery Manufacturers (UCMTF) said in a statement. “The economic uncertainty and financial turmoil which we are currently observing in China may lead to a real slowdown.”

Asian markets are active and the investment mood is positive in many markets like Indonesia, Thailand and South Korea, according to Ameline. However, if competitive devaluation of the yuan is amplified, these economies may face a big challenge.

The Turkish market has remained active so far, but the 2015 economic slowdown, current political uncertainty with upcoming elections in November and a sharp decrease in the Turkish currency are clear signs of the need for attention, said the association president.

“I am more positive about India. The modernisation of the textile industry is crucial for its future, but investment decisions are slower than we did imagine,” Ameline said.

He added that markets like Western Europe, Eastern Europe and Central Asia are doing quite well. But if the Chinese market declines significantly, these markets won’t be able to compensate.

He said that many of the French textile machinery manufacturing companies achieved record sales and order intakes in 2015 in most of the application sectors, and are now back to their best levels achieved before 2008-2010 crisis. But there is a lack of visibility in some major markets.

Speaking on the changing scenario of the textile industry, Ameline stated that textile is a technology which is almost as old as mankind. But it reinvents itself regularly, and stands at the spearhead of many high-tech developments.

Apparel manufacturing, which is labour intensive, grew a large textile industry in Europe in the nineteenth and the twentieth century, he said explaining its market history. Textile production then moved to lower labour-cost areas and closer to mass-user markets – meaning Asia – though it had become more capital intensive with automation.

He does not think that relocation will be a major trend now, but believes that downsizing of the textile industry in Europe will come to an end, and that the European textile machinery will continue to play a leading role.

On a concluding note, the UCMTF president expressed his fascination at the changing aspects of textile and apparel manufacturing like the creativity of the designers, the high-quality standards requested by the end-markets, the fast and flexible logistics achieved by producers and distributors and the inventiveness of some carpet clusters.

The United Nations Conference on Trade and Trade and Development...

The COVID-19 crisis has badly hit the garment sector in the...

The Regional Comprehensive Economic Partnership (RCEP) is likely to...

'Worsted wool is the ideal fabric for menswear'