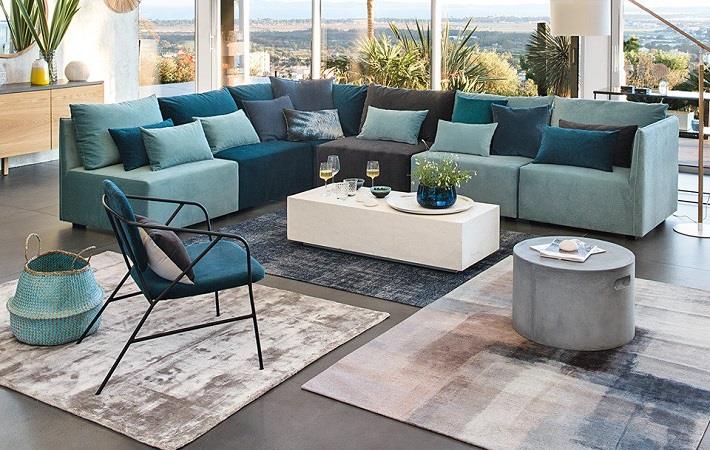 Pic: Maisons du Monde
Maisons du Monde, a French furniture and home decor company, posted 10.3 per cent jump in sales to €1,225.4 million in full fiscal 2019 compared to €1,111.2 million in prior year. Fourth quarter (Q4) FY19 sales rose 9.7 per cent to €377.7 million compared to €344.4 million in same quarter prior year. International sales grew 19.2 per cent in FY19.
“This performance was driven by our expanding international footprint and fast-growing online sales. Our omnichannel strategy is clearly paying off as combined online and click-in-store sales now represent 50 per cent of total sales,” Julie Walbaum, chief executive officer of Maisons du Monde, said in a press release.
Sales in France were up 3.9 per cent to €672.6 million in FY19 and increased 6.5 per cent in the quarter to €213.6 million. International sales over the year stood at €552.8 million and rose 14.0 per cent to €164.1 million in Q4 FY19. Modani contributed €44 million to international sales in the year.
Online sales (25 per cent of total sales) posted 20 per cent jump to €302 million, while store sales rose 7.4 per cent to €923 million. In terms of product category, furniture sales gained 14.4 per cent in FY19 while decoration sales increased 7.0 per cent.
Fourth quarter sales were reportedly affected by the now-ended French public transportation strike as well as the ongoing dockworker slowdown in Marseille. The Group was able to partially offset this impact by advancing the private sales promotion from the beginning of January 2020 to the end of December 2019, as company reported.
Gross margin rose 9 per cent in the full year to €800 million. The company reported that this gain was mainly due to increased promotions, especially towards the end of the year and to a lesser degree, an increase in furniture sales compared to higher margin decoration products. Operating profit grew 5 per cent to €109 million in FY19. Net income increased 2.9 per cent to €62 million in 2019.
In 2019, Maisons du Monde increased its global store network to 376 stores. Net openings of 27 stores included notably 12 in France, 6 in US, 4 in Spain, and the first store in Portugal as well as the closure of all 4 corners in UK.
In 2020, Maisons du Monde's reported that its commercial priorities are: mitigate potential Covid-19 impact on commercial activity and financial results; optimise the French in-store customer traffic by repositioning certain parts of the store network; selectively expand our international footprint; launch the Maisons du Monde Marketplace this summer.
“The start to 2020 requires that Maisons du Monde manage very closely short-term external challenges while continuing to advance in its strategic plan, and in particular the digitisation of group sales across our omnichannel platform,” Walbaum said.
“A top management ad-hoc committee has been put in place to monitor on a weekly basis the evolution of the COVID19 situation and the implementation of this action plan.”