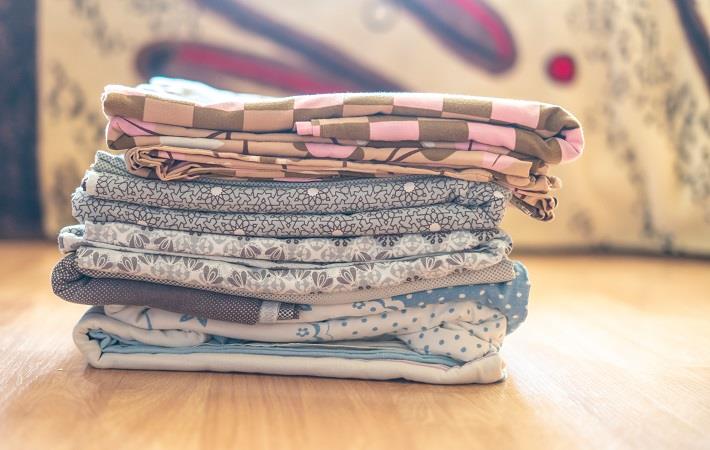 Pic: Shutterstock
The withdrawal of 4 per cent benefit on exports of made-ups and garments under the Merchandise Exports from India Scheme (MEIS) with retrospective effect from March 7, 2019 is a matter of serious concern, The Cotton Textiles Export Promotion Council (TEXPROCIL) has said. The decision has indeed come as a shock to exporters of made-ups, it added.

The government has also decided to recover all the MEIS benefit that has been granted to exporters of made-ups and garments on exports till July 31, 2019, TEXPROCIL said in a press release.

Exporters of cotton made-ups were already passing through tough situation financially due to the non-implementation of the Scheme to Rebate State & Central Taxes & Levies (RoSCTL). This scheme which was announced for exports of made-ups and garments with effect from March 7, 2019 is yet to be operationalised although more than nine months have passed since its announcement. Further, MEIS of 4 per cent was also freezed for made-ups and garments from August 1, 2019.  Moreover, there are still some pending claims under the erstwhile RoSL scheme which was discontinued with effect from March 7, 2019. “Exporters of made-ups  are facing serious working capital problems affecting their day-to-day business activities,” TEXPROCIL chairman KV Srinivasan said.

The withdrawal of 4 per cent benefit on exports of made-ups and garments under the Merchandise Exports from India Scheme (MEIS) with retrospective effect from March 7, 2019 is a matter of serious concern, The Cotton Textiles Export Promotion Council (TEXPROCIL) has said. The decision has indeed come as a shock to exporters of made-ups, it added.#

Exporters have factored the availability of 4 per cent MEIS along with the RoSCTL scheme which is to the tune of 8.2 per cent while quoting export prices to foreign buyers for shipments to be affected over a period of 8 to 9 months. With the removal of 4 per cent MEIS, exports at these prices will now become uneconomical and exporters will have to bear huge losses on such shipments, said Srinivasan. "Many of the exporters have also paid advance tax on these export receivables as required under the Income tax Act which has further aggravated the problem."

All exporters, including small, medium and large ones, have been badly affected by this decision, especially the MSME sector where bulk of the made-ups meant for exports are being manufactured, he added.

Exporters are working against tough competition from countries like Bangladesh, Sri Lanka, Vietnam and Pakistan combined by high import duties in leading export markets like the US, EU, China etc on Indian products and in such a scenario the removal of 4 per cent MEIS has demotivated the exporters, especially the merchant exporters, according to Srinivasan.

He urged the Government to restore the benefit of 4 per cent MEIS on exports of made-ups and garments from March 7, 2019 and to continue with the same till March 31, 2020.

A Sukumaran
Joint Apparel Association Forum (JAAF)
Sri Lanka has some of the strongest labour laws in the...
Kishina Daruka and Mishika Daruka
Ora
Partywear crafted out of natural fibres
Marvin Strüfing
UPM BIOCHEMICALS
UPM will be one of the first to produce wood-based...
Daniele Uboldi
EptaInks
Strong demand for materials from renewable sources
Anju Modi
Label Anju Modi
Nature and art inspire my collection
Dhruv Toshniwal
Brand - The Pant Project
We are a minimal-waste brand
Amiben Shroff
Shrujan
A brand of modesty