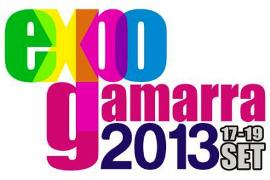 Textile entrepreneurs from the commercial clothing emporium of Peru’s Gammara are set to host the ‘Expo Gammara 2013’, to showcase their Spring-Summer 2014 collections, from September 17 to 19 in the capital city of Lima.
The Metropolitan Municipality of Lima along with the textile entrepreneurs of the Gammara clothing emporium will be organizing the three-day event.
According to a statement issued by the Metropolitan Municipality of Lima, Gamarra Expo 2013, organized by textile entrepreneurs in this cluster, aims to add value to the commercial growth that has been achieved by the Gamarra emporium.
The fair would display Spring-Summer 2014 collections of the enterprises of the Gammara clothing emporium, consisting of exclusive items which are intended for export.
The Expo would also have a fashion show with around 48 models showcasing the collections on the runway.
The show seeks to attract local and international buyers from countries like Costa Rica, Cuba, Panama, and Venezuela, among others.
The event would also have participation from representatives of the Chamber of Commerce of Minas Gerais in Brazil, and the delegation will be composed of more than 40 entrepreneurs who seek to establish business with the entrepreneurs of Gammara’s clothing emporium.
The Gamarra textile emporium is the largest in South America, consisting of nearly 20,000 textile and clothing companies.