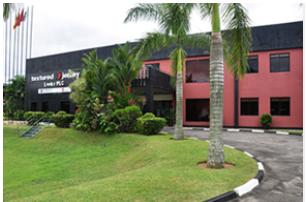 In a statement released to the CSE on the quarterly results, Mr. Bill Lam, Chairman of Textured Jersey stated that during the quarter under review the company had initiated investments to expand capacity, while adding to its product offering capability as well. Further, Mr.Lam stated that in order to facilitate its long term growth plans, steps have been taken to further strengthen the company's senior management team.

On this strong top line growth, TJL was able to achieve a gross profit of Rs. 347mn for 2Q FY2013/14, up 79% year-on-year, and cumulative gross profit of Rs. 694mn for 1H FY2013/14. In his statement, Mr. Lam attributed this to higher margins achieved particularly through operating at optimal capacity levels with a good product mix.

Mr. Lam also commented, “Consequent to maintaining a near debt-free balance sheet and a healthy cash position throughout the period, TJL was able to record Rs. 18mn in net finance income for 2Q FY2013/14, representing a substantial 156% growth year-on-year."As per the results released, as at 30th September 2013 the company had no borrowings and a strong cash position of Rs. 2bn.