Panda Biotech setting up hemp processing facility in US 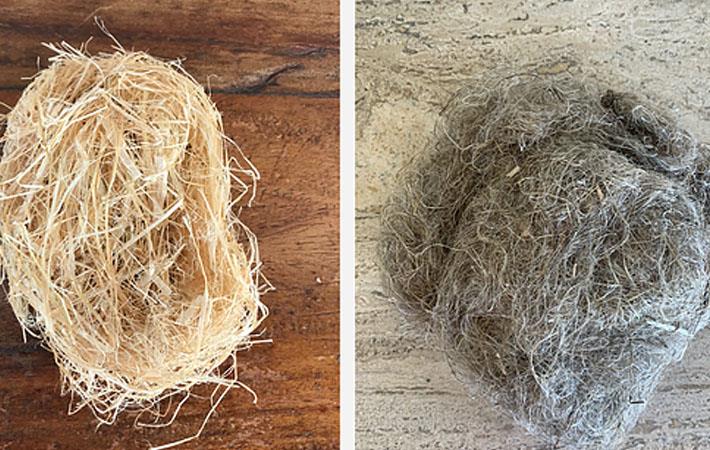 Pic: Panda Biotech
Dallas-based Panda Biotech is setting up its first industrial hemp processing facility to produce high-quality, textile-grade fibre and cellulose. The “Panda High Plains Hemp Gin,” is expected to be the largest hemp decortication centre in the US and one of the largest in the world. Industrial hemp is valued for durability, rapid growth and sustainability.

Panda Biotech plans to deploy the most technologically advanced, highest capacity and first-of-its-kind industrial hemp decorticating equipment ever used to separate the fibre and cellulose from the stalk. The Panda Biotech Hemp Gins will be based on smaller versions of proven decortication technology that have been used throughout Asia and Europe for decades.
Dallas-based Panda Biotech is setting up its first industrial hemp processing facility to produce high-quality, textile-grade fibre and cellulose. The "Panda High Plains Hemp Gin," is expected to be the largest hemp decortication centre in the US and one of the largest in the world. Industrial hemp is valued for durability, rapid growth and sustainability.#

To ensure the highest quality fibre at the facility in Texas, the company will only process hemp stalks that are harvested prior to the maturation of the seed and flower, which are the parts of the plant used in CBD products.

Panda Biotech has also secured the rights to purchase a 255,000 square foot processing facility in Shallowater, Texas in the heart of cotton country. More than 130,000 tons of Texas-grown industrial hemp is expected to be processed annually into textile fibre and cellulose.

Panda Biotech has engaged key stakeholders in the Texas High Plains region including the local farming community, academic institutions and elected officials. Panda Biotech is also establishing business relationships with large potential off-takers for the fibre and cellulose to be produced at its Texas facility. In addition, the company is assembling a “first in class” advisory board composed of some of the top industrial hemp, textile and cellulose experts in the nation as well as agronomists experienced in the seeding, cultivation and harvesting of industrial hemp.

“After more than a year of due diligence — which has included an analysis of the hemp fibre and cellulose industries in the People’s Republic of China, various European countries and Canada — we have concluded that the processing of hemp stalk for industrial uses will be the next multi-billion-dollar business in the United States,” said Scott Evans, executive vice president of Panda Biotech. “Hemp fibre and cellulose will help manufacturers meet the needs of today’s eco-conscious consumers who increasingly require environmentally friendly products and services. As a result, hemp will be a game changer for both agriculture and industry for generations to come.”

The US hemp industry was made possible due to the passage of the federal Hemp Farming Act of 2018. Panda Biotech was subsequently formed after the provisions of the Act were incorporated in the 2018 US Farm Bill that was signed into law on December 20, 2018.

The processed fibre and cellulose from industrial hemp can be used in the production of a multitude of products including textiles, a wide array of building materials, paper products, automobile composites, nanomaterials, bio-plastics and finishing products such as caulking, sealants, varnishes and paints. In addition, research indicates that hemp-based supercapacitors offer a less expensive alternative to materials currently used in rechargeable batteries for applications such as smartphones and electric cars.