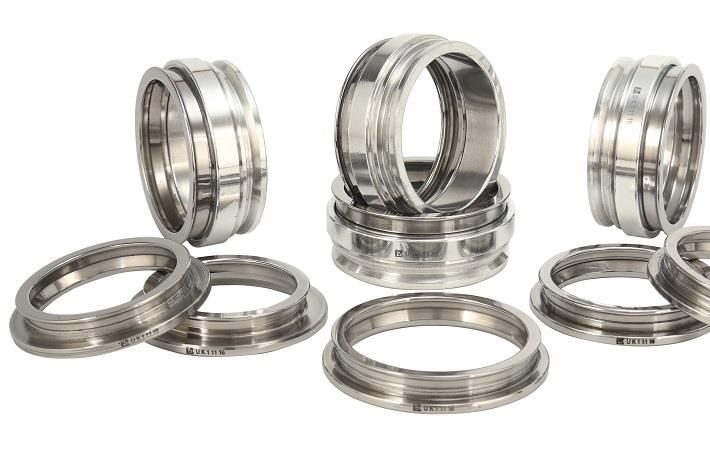 Unitech Texmech has used its vast experience of 42 years to study all aspects of steel treatment and their wearability to develop the new spinning ring, due to which, the properties on the steel surface of the ring are much superior to hard chrome coated rings.

“The new spinning ring has excellent wear resistant properties, since it is a very hard and tough ring as compared to the hard chrome coated ring. The ring also offers low coefficient of friction as against a hard chrome coated ring, since the heat generated on the ring is lower, a necessity for compact yarn spinning,” the company said in a press release.

The ring undergoes a specialised surface treatment, which imparts the ring with high fatigue strength, resulting in consistent performance. The smooth and lubricating flange surface enables the use of normal grade travellers even at very high speeds. Additionally, there is no running in required along with no upper speed limit.

“We used our extensive knowledge of manufacturing spinning rings to develop and launch the Unik1. We observed a significant shift in the customer requirements where the focus is on higher speeds, performance, productivity and economy of yarn spinning,” Makarand Bapat, managing director at Unitech Texmech, said.

“This prompted us to develop the new spinning ring, which when run under actual spinning mill conditions, has shown the Unik1 to be at par with any imported spinning ring and at the same time is also a truly ‘Made-in-India’ product,” Bapat added.

Set up in 1976, Unitech Texmech is engaged in the design, development and manufacture of precision components and systems for the textiles, engineering and automobile sectors. (RKS)