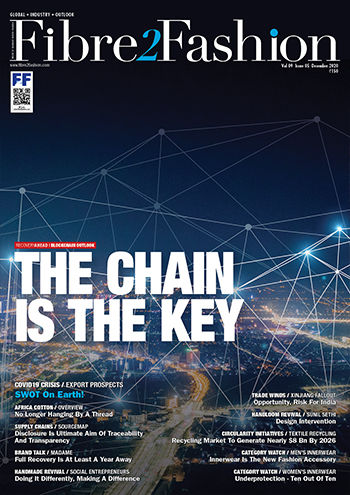 The Indian cotton textile industry is facing a historic opportunity following the boycott of cotton and other goods produced in China’s XUAR by Western countries. It is imperative that both the private sector and the government act quick and cohesively to cash in on the favourable prospects.

With reams of available evidence of the Chinese government’s use of forced labour of Uyghurs in the production of cotton and other goods in the Xinjiang Uyghur Autonomous Region (XUAR), major Western countries are now beginning to push back against China on this issue, with US President Donald Trump taking the lead. Other countries such as the United Kingdom and those in the European Union (EU) are also starting to get in on the act, albeit much slower than the United States. International apparel brands and retailers based in the United States and the EU have read the writing on the wall and know what is coming: import bans on anything containing cotton from the XUAR and possibly wider Chinese cotton supply chain, as well as potential criminal prosecution of business executives for being complicit in using Uyghur forced labour.

Consequently, brands and retailers are already stopping the sourcing of both inputs and finished goods from the XUAR to protect themselves from reputational and legal liabilities. But removing the ‘taint’ of forced labour is difficult, considering the highly opaque nature of the cotton supply chain in China, coupled with the fact that the Chinese government has placed Uyghur workers in factories elsewhere in China outside the XUAR. As more than fourfifths of all Chinese cotton comes from the XUAR, it is now clearly moving to a situation that the only way a brand can ensure it is completely free of the Uyghur forced labour taint is by ending all sourcing of cotton textiles and apparel from China. 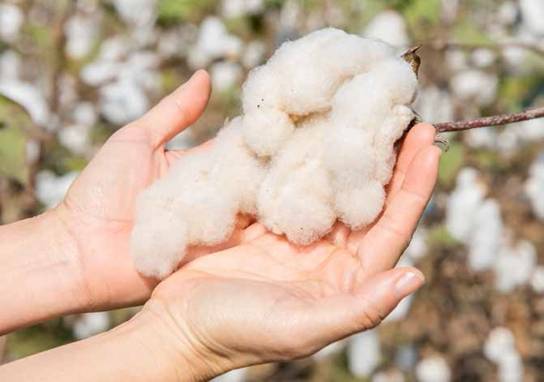 This exodus has already begun. For the first nine months of this year, Chinese cotton apparel imports to the US market were down by 53 per cent compared to the same period in 2019. Other countries’ shipments also declined but by much less: Vietnam by 10 per cent, Bangladesh by 13 per cent, India by 28 per cent. Clearly, it is not just the covid-19 pandemic that is causing China to lose market share, but the Uyghur forced labour issue is also playing a major role in pushing the cotton supply chain out of China.

This is, therefore, a massive opportunity for the Indian cotton textile industry, which has several key advantages to capitalise on the situation. India has always had robust end-to-end expertise and capabilities across the cotton textile supply chain and is also one of the largest producers of cotton in the world. Moreover, a fully integrated local supply chain will satisfy rules-of-origin requirements in various trade programmes incentivising manufacturers to source most of their inputs locally. Domestic suppliers have already started reporting higher order volumes in recent months and buyers are planning to expedite the outflow of sourcing from China to India. Assuming an enabling policy and regulatory environment, the industry should not face too many challenges in rapidly scaling up to meet the new demand. 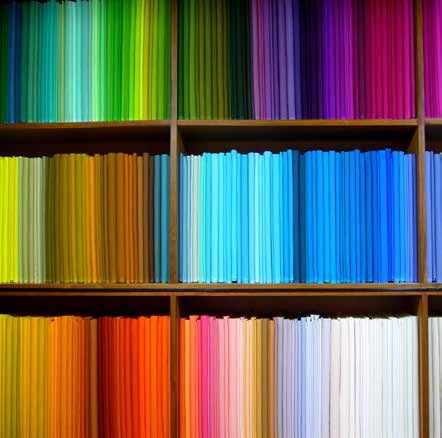 However, the circumstances, while presenting an opportunity, also raise the risk facing the industry. The spotlight on Chinese atrocities in cotton supply chains in the XUAR has also increased scrutiny of labour practices in cotton supply chains in other countries, including India. A number of media and civil society organisations have documented several instances of labour rights violations, including forced and child labour, in both cotton farming and textile sectors in India. According to some experts, the estimated number of child labourers in cotton farming in India can go up to millions; any help their parents on smallholder family farms to reduce costs.

Cotton, textiles and apparel from India are all goods that the US government lists as being produced with child or forced labour.

Therefore, the risk that Indian suppliers will likely face in the coming months is that if global buyers end sourcing from China due to labour rights concerns, they will also be very reluctant to shift that sourcing to India for the same reason. Even if Indian cotton textile suppliers are able to build scale and capacity comparable to China, that will still not be enough to capture much of the market as buyers will be very wary unless the labour compliance situation improves.

Of course, there are a number of steps that can be taken to improve the situation, at both the farm and factory level. Many of these changes are already taking place on the ground but need to be accelerated. A few such steps are suggested below:

The Indian cotton textile industry is facing a historic opportunity, but that can easily be lost if the moment is not seized. It is imperative that both the private sector and the government work together otherwise the country will miss the bus again.

This article was first published in the December 2020 edition of the print magazine.