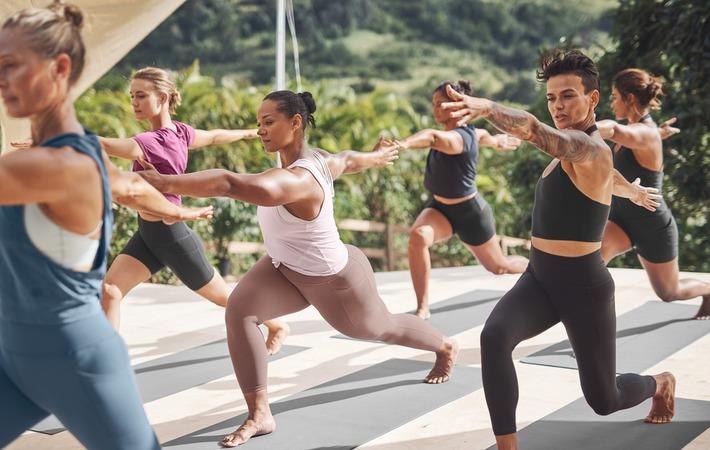 Pic: Gap/ Athleta
Gap Inc, a specialty apparel company, posted 43 per cent drop in its sales to $2,107 millions in first quarter (Q1) FY20 ended on May 2, 2020 compared to $3,706 million in same period prior year. Company reported a net loss of $932 million in Q1 FY20 compared to net income of $227 million in Q1 FY19. Gross profit were $268 million (Q1 FY19: $1,344 million).
“Our teams' ability to pivot quickly and lean into our strong online business resulted in an encouraging 40 per cent online sales growth in April. While net sales and stores sales continued to reflect material declines in May as a result of closures, we saw over 100 per cent growth in online sales during the month,” Sonia Syngal, president and CEO of Gap Inc, said in a press release.
Operating loss for the quarter were $1,244 million compared to operating income of $316 million in same period prior year.
Sales of Old Navy Global brand were down 42 per cent to $1,038 million ($1,799 million). Store sales were down 60 per cent however since the onset of the Covid-19 pandemic, Old Navy reported acceleration in its digital business, with online sales up 20 per cent.
Sales of Gap Global fell 50 per cent during Q1 FY20 to $524 million ($1,052 million). Store sales for the brand were down 64 per cent with online sales declined 5 per cent.
Sales of Banana Republic Global brand decreased 47 per cent to $289 million ($568 million). Store sales were down 61 per cent with online sales down 2 per cent. Company reported that while the move to casual fashion during the stay-at-home requirements has benefited other brands, this shift left Banana Republic disadvantaged in its product mix.
Sales of Athleta brand slipped 8 per cent to $. Store sales were down 50 per cent, while online sales rose 49 per cent. Customer response to Athleta was strong given the values-driven active and lifestyle space the brand participates in as well as the brand’s deep customer engagement through its powerful omni-channel model.
Sales during Q1 FY20 declined across all regions: US $1,761 million ($3,022 million), Canada $135 million ($245 million), Europe $57 million ($124 million), Asia $121 million ($269 million) and Others $33 million ($46 million).
“Today we have more than 1,500 stores open in North America, ahead of plan, and as stay at home restrictions ease in many markets, we expect to have the vast majority of our North American stores re-opened in June,” Syngal said.
We are optimistic that the actions we've taken will provide a stable foundation as we navigate near-term uncertainty and refashion Gap Inc for long-term growth.”