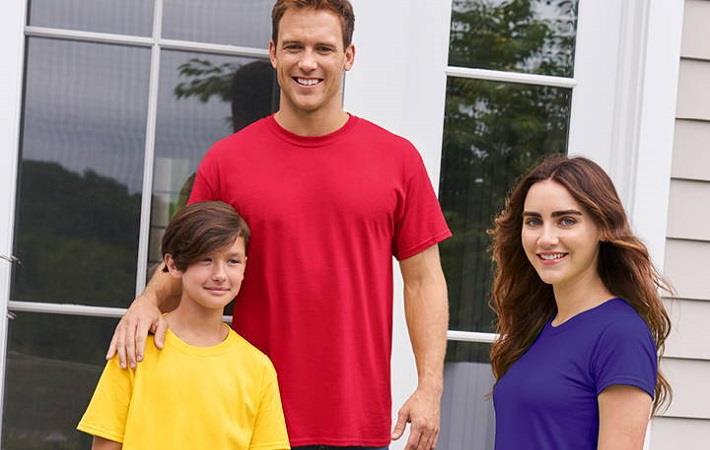 Pic: Gildan
Gildan Activewear, a Canadian manufacturer of branded clothing, reported 11.3 per cent decrease in net sales to $658.7 million in fourth quarter (Q4) FY19 compared to same period prior year. Net sales for full FY19, that ended on December 29, 2019 fell 2.9 per cent to $2,823.9 million, reported primarily due to fall in activewear sales 2.6 per cent.
Sales in Q4 decreased primarily due to a 15.1 per cent decline in activewear sales, slightly offset by a 1 per cent sales increase in the hosiery and underwear category, as company reported. The decline in overall net sales in the quarter was reportedly the result of lower unit sales volumes and the negative impact of the $19 million sales return allowance recorded in the fourth quarter.
In activewear, Gildan generated sales of $483.5 million in Q4, down $85.8 million compared to the Q4 FY18, reported primarily due to lower unit sales volumes stemming from the combined impact of lower POS (point of sales) from distributors to screen printers and distributor inventory de-stocking, as well as the impact of the sales return allowance. The sales volume decline was due to lower imprintables volumes in North America, partly offset by higher activewear sales in retail and modest growth in international shipments of imprintable activewear.
Sales in the hosiery and underwear category in Q4 totalled $175.1 million, up $1.7 million over Q4 FY18, as strong double-digit sales volume growth of underwear, which also drove more favourable product-mix, was largely offset by lower socks sales.
Company's gross margin in Q4 FY19 came down to 17.9 per cent compared to gross margin of 26.3 per cent in Q4 FY18. The decline was reportedly due to higher royalty expense in the quarter related to licensed brand sock sales.
SG&A expenses in Q4 FY19 decreased 16.8 per cent to $76.5 million compared to $91.9 million in Q4 FY18. Operating income in Q4 decreased 3.7 per cent to $24.3 million.
Sales in FY19 was reportedly down due to 4.3 per cent decrease in the hosiery and underwear category to $562.0 million compared to FY18.
The decrease in activewear sales for the year was reportedly due to lower unit sales volumes in the imprintables channel both in North America and internationally, partly offset by higher sales of activewear in the retail channel, including private brands and strong sales in the craft channel, as well as favourable product-mix and higher net selling prices. Sales in the hosiery and underwear category were down $25.2 million over the prior year, as strong double-digit underwear sales growth driven by our new private brand men's underwear programme in mass, which also contributed to a favourable product-mix, was more than offset by lower unit sales of socks, including the impact of the exit of a sock programme in the dollar channel.
Gross margin for FY19 totalled 24.9 per cent down from gross margin of 27.7 per cent in the prior year, reportedly due to charges taken in connection with the company's Back to Basics strategy.
SG&A expenses for 2019 fell 6.7 per cent to $340.5 million. Operating income in FY19 was 10.2 per cent of sales to $289.0 million. Net earnings for 2019 were $259.8 million, down from net earnings of $350.8 million in 2018.
In Gildan's outlook for 2020 it expects growth across its key focus areas of imprintables, retail, and private brands. Sales growth for the year is reportedly expected to be driven by increases in both activewear and the hosiery and underwear category, driven by projected unit sales volume growth and favourable product-mix, partly offset by anticipated unfavourable foreign exchange impacts. Growth in the hosiery and underwear sales category is expected to be driven by projected double-digit growth in underwear sales resulting from the benefit of retail shelf space gains, while hosiery sales are projected to remain relatively stable over prior year levels.