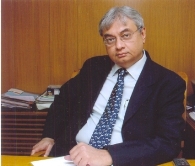 Mr. Rahul Mehta
Indian apparel industry is hoping for the withdrawal of excise duty on clothing and elimination of distinction between branded and unbranded products in the Union Budget 2013-14, to be presented by the Finance Minister later this month.

Speaking to fibre2fashion, president of Clothing Manufacturers Association of India (CMAI), Mr. Rahul Mehta said, “We are hoping that the Finance Minister of India will consider our long lasting demand to remove or reduce the excise duty on garments.”

“We also hope for the elimination of distinction between branded and unbranded apparel products which are encouraging a retrograde shift back to the unorganized status,” he continues.

With regard to clothing exports, he says, “We demand for increased duty drawback, more flexible labor laws and more competitive bank interest rates.”

Talking about the dip in apparel exports, he says, “Cost of living, combined with soaring aspirations of educated young population has moved India from low cost economy to high cost economy and it is affecting the country’s garment exports.”

According to him, regardless of many advantages that the Indian clothing industry has over the garment sector of several other countries, such as decades of experience and efficient work force, buyers are moving on to countries like Bangladesh, since the country offers attractive alternatives, he adds.

“Hence, exporters are now targeting domestic market for the growth of their business,” he mentions.