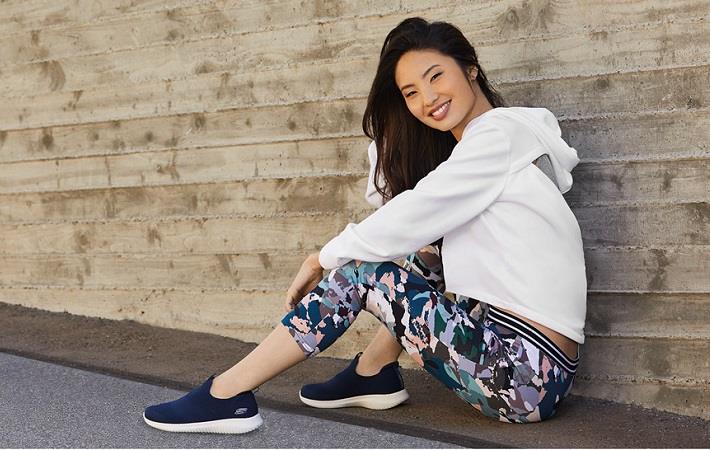 Pic: Skechers
Skechers USA, a global footwear leader, reported 23.1 per cent growth in sales to $1.33 billion in Q4 FY19 compared to same period last year. For the complete year, sales grew 12.5 per cent to $5.2 billion compared to last year. Company's performance in Q4 was driven by continuous growth with 27 products and increase in international and domestic business.
The Q4 represented a new annual sales record and the second highest sales quarter in the company's history. Company reported that their international business in Q4, that ended on December 31, 2019, increased 31.2 per cent which represents 59.3 per cent of company's total business. Domestic business in this period grew by 13 per cent.
In the fourth quarter, company opened 21 wholly owned Skechers stores, and 219 third-party stores, bringing their total store count to 3,547 worldwide.
By segments, the company's international wholesale business increased 32.8 per cent, its company-owned direct-to-consumer business increased 19.4 per cent, and the company's domestic wholesale business increased 10.4 per cent. Comparable same store sales in company-owned stores and e-commerce increased 9.9 per cent, including 10.3 per cent in the US and 8.8 per cent internationally.
SG&A expenses in Q4 increased 25.5 per cent and were modestly higher as a percentage of sales. Selling expenses increased by $26.8 million primarily due to higher advertising expenditures. General and administrative expenses increased by $84.7 million and remained flat as a percentage of sales. The increase is primarily reflective of additional spending of $32.7 million associated with its direct-to-consumer business and 47 net additional company-owned Skechers stores, including 21 that opened in Q4, and $28.2 million to support the growth of its joint venture business, including in China and the addition of operations in Mexico.
Net earnings in Q4 were $59.5 million.
For the full year, Company's international business increased 20.2 per cent.  Domestic business grew marginally by 3.3 per cent.
For the full-year period, SG&A expenses increased by 10.5 per cent or $188.8 million. Selling expenses decreased as a percentage of sales but increased by $19.5 million. General and administrative expenses increased $169.3 million but improved as a percentage of sales. The increase is mainly due to 47 additional company-owned stores and investments to grow its operations internationally.
Net earnings for FY19 were $346.6 million.
Skechers stated that in 2019, they continued to grow their mens' business by introducing the next generations of walk, run and golf shoes, and company expanded the popular Bobs from Skechers line, helping save the lives of over 345,000 shelter pets in the US alone.
For the Q1 FY20, the company believes it will achieve sales in the range of $1.400 billion to $1.425 billion. This guidance reflects continued growth in each of the company's three reportable segments, and a full-year effective tax rate of 16 to 18 per cent. It also incorporates an initial estimate of the impact to the company of current events in China, including a significant number of temporary store closures and below average comparable store sales.