'Indian textile exports grew by only 1% in 10 years' 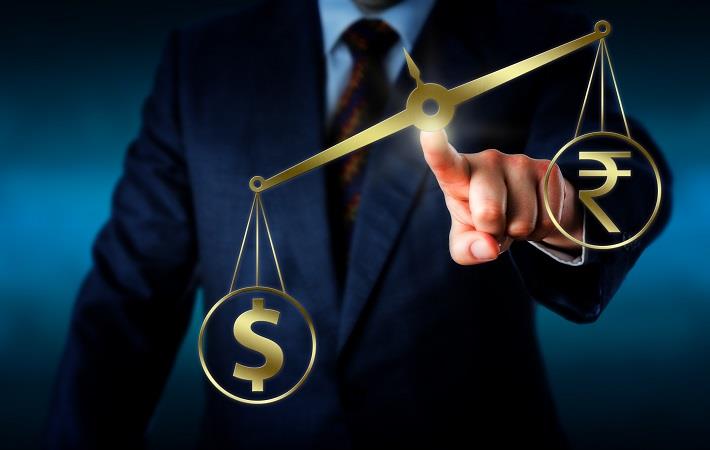 While textile exports from competitor countries grew by 4 per cent over the last decade, those from India grew by only 1 per cent. Currency fluctuation is among the factors that make exports competitive, and in recent weeks, the Indian currency has depreciated and touched the lowest ever - @ 72 a dollar. Meanwhile, currencies of other countries are getting devalued as well, so they might stop importing for a while. On the other hand, textile exports are more sensitive to the demand rather than the price segment and the demand is not picking up in the United States and Europe. Given this scenario, Fibre2Fashion spoke to industry experts on the impact of the stumbling INR on the apparel industry in terms of order bookings in the next six to nine months. Here are the responses:

Sanjay Jain, managing director, TT Ltd: Rupee depreciation is a clear positive as we can quote more competitive dollar prices for apparel exports. However, it is important to view that in relation to those of our trade rivals like China, Bangladesh, Sri Lanka, Pakistan and Vietnam. Our real advantage is limited to the extent of extra devaluation. Despite everything, it will surely give some respite to garment manufacturers, who were in dire straits for the last one year following the implementation of the goods and services tax (GST) and the INR appreciating from 68 to 64. Hope it now stays in the range of 70, so that the impact on apparel exports starts showing in the next six months when new orders start getting shipped.

Roshan Baid, MD, Alcis Sports and Paragon Apparels: Rupee depreciation is good news for the garment industry. We get more competitive in our pricing against competitors like Bangladesh, Vietnam and African countries. It is also a deterrent for importing cheap apparel from Bangladesh, Vietnam and other South Asian countries. The order booking will definitely increase in India.

Raghav Agarwal, director-marketing, Salona Cotspin: Rupee devaluation is a boon for me, since I earn more. The currencies of other countries are getting devalued as well, so they might stop importing for a while.

PK Verma, head of finance, Pratibha Syntex Ltd: Rupee has depreciated by about 8 per cent in the current financial year and that has definitely helped the competitiveness of textile and apparel exports of Pratibha as well. But, besides currency fluctuation, other factors are equally important in making exports competitive. On the business front, textile exports are more sensitive to demand than the price segment and demand is not picking up in the United States and Europe.

On the contrary, our country is losing ground to Vietnam, Bangladesh and Cambodia. However, with the falling rupee, imports will get costlier. Over the past ten years, we, as a country, could not perform according to our potential as we grew by only 1 per cent against our competitors who grew by 4 per cent. Similarly, yarn performance has not been encouraging as our market share is going down. However, consistent government efforts to reduce logistics cost and focus on skill development may reap benefits in the times to come in the form of upswing in our share in global trade by 3-4 per cent.

Manish Mandhana, CEO, Being Human Clothing: For a homegrown brand like Being Human Clothing, depreciation in rupee brings positive effect, especially when rupee weakening is in context of our competitors’ currency. It gives exporters an advantage over international brands due to better pricing. The order bookings will definitely reflect positively as cheaper products will attract more buyers.

Vishal Pacheriwal, co-founder, Raisin, Parvati Fabrics Ltd: The Indian apparel industry depends hugely on the import-export trade. India imports a huge quantity of fabrics from China each year and the sinking rupee would bring in a wave of impact. A depreciating rupee has direct impact on costlier imports.

Goods that have been exported previously earn more in Indian currency and in the new exports, the same amount spent for the total number of units a buyer can get would go high. Considering the local market—for both the manufacturers and consumers—not a lot of effect would be seen due to the depreciating rupee as products manufactured indigenously would hardly see any impact.

Rajesh Bagrecha, MD, Komal Texfab Pvt Ltd: The rupee depreciation against the US dollar will benefit exporters. They will be able to get good returns on their export shipments. And at the same time while booking new export orders, they can quote competitive prices and hatch forex with banks to maintain the price and margin as quoted. On the other side, oils and gold imports account for 35 and 11 per cent respectively of India’s trade bill. The huge demand for dollar from oil importers is pushing the rupee lower. To control such a situation, the Indian economy requires strong structural reforms.