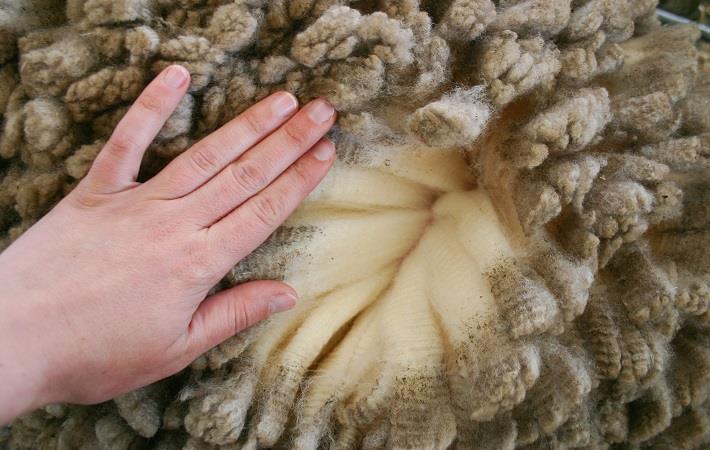 Pic: Shutterstock
In yet another tough week at the Australian wool auction sales, the AWEX (Australian Wool Exchange) EMI (Eastern Market Indicator) lost 38ac or 2.5 per cent, of which 1.1 per cent was currency alone, and closed the week ending December 6 at 1492ac clean/kg. This closing basis is the lowest since the first week of September earlier in the season.
Due to forex rates, the USD (US dollar) EMI fell away less by 1.4 per cent or 15usc to 1020usc clean/kg.
Prices achieved on almost all of the selection put up for sale were cheaper to varying degrees, apart from the cardings that managed to hold firm against the negative trend. "A strengthening Australian dollar versus all major trading currencies used in wool trading placed downward pressure on the market as did the lack of ability of local and overseas buyers to effect delivery in a timely manner into the Chinese mills in the new year," the Australian Wool Innovation (AWI) Ltd said in its weekly report.
"The issue effecting the immediate spot auction sales is the timing of large volumes coming onto the market in an environment where normal delivery capabilities for overseas buyers and local exporters are severely hampered. This is due to the Chinese New Year falling on the 25th January next year. This week was in effect the last pre-Christmas opportunity to ship in time before the Chinese mills close down in their New Year shutdown. In a nutshell, we are offering the highest volumes seen in the entire first half of the season into the most inopportune time possible for exporters and mills," the AWI report said.
Merino fleece types finer than 18.5 micron were the hardest hit this week with losses of 50 to 60ac being recorded. The 19 to 22 micron sector was less affected but 30ac was still eliminated from values. All skirtings lost 40ac and crossbred types were25ac lower. Cardings were the only bright spot and basically held their ground and remained firm unchanged. As prices lowered, passed in rates increased exponentially and by week’s end a national figure of 19.9 per cent failed to meet the grower seller reserves.
Around 48,500 bales are rostered for sale at the next week's auctions.

In yet another tough week at the Australian wool auction sales, the AWEX (Australian Wool Exchange) EMI (Eastern Market Indicator) lost 38ac or 2.5 per cent, of which 1.1 per cent was currency alone, and closed the week ending December 6 at 1492ac clean/kg. This closing basis is the lowest since the first week of September earlier in the season.
More Australian Wool Innovation Limited News... More Textiles News - Australia...

Apparel manufacturers and exporters are not happy with the...

Levi Strauss has announced leadership changes in the company. Roy...