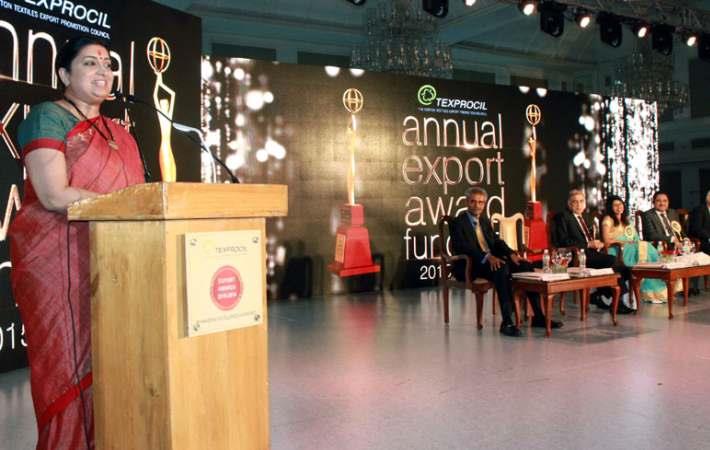 âThe ministry is actively considering extending the special package recently approved for the garment sector to the made-ups and home textile. An announcement for the same is likely to be made around Diwali,â Irani said in her address after presenting Texprocil Annual Export Awards in Mumbai.

The made-ups and home textiles sector is equally labour intensive as the apparel sector, and it has the capability of creating sizeable new employment opportunities. At the same time, the extension of special package will act as a pull factor for increased consumption of fibre, yarns and fabric produced domestically, she said.

The minister appreciated the industry's efforts to remain leading exporter. She assured all help from her ministry to the cotton textile industry.

Earlier, speaking at the function, The Cotton Textiles Export Promotion Council (Texprocil) chairman RK Dalmia said the Rs 6,000 crore special package to the garment sector is a step in the right direction, especially in the current world trade scenario and international competitiveness.

The reimbursements of State and Central levies along with labour reforms will strengthen the textile sector by improving its cost competitiveness in the global market, he said.

The effect of special package can already be seen as garment exports recorded 12 per cent growth in September 2016 amid a downtrend in most other sectors, he added.

He urged the government to expedite negotiation of free trade agreements (FTAs) with the EU, Canada and Australia. (RKS)