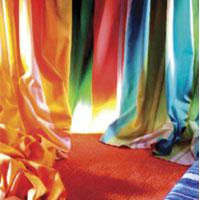 Sri Lanka’s textile and apparel exports for January-March period have increased by 1.3 percent from US$ 1.036 billion in 2012 to US$ 1.050 billion this year, stated a report by the Central Bank of Sri Lanka.
Sri Lanka's textiel and garment exports hiked by 5 percent to US$ 344.5 million in March 2013 over last year’s figures.
The report stated the export of garments from Sri Lanka to the US increased during the quarter, whereas the exports of garments to the European Union decreased.
In contrast to the rise in textile exports, Sri Lanka’s overall exports for the first quarter of 2013 declined by 8.1 percent from US$ 2.57 billion in January-March 2012 to US$ 2.36 billion during the corresponding period of 2013.
Sri Lanka’s expenditure on imports of textiles showed a negative growth of 6.7 percent during the first quarter of 2013. The imports fell from US$ 532.1 million in January-March 2012 to US$ 496.2 million during the first three months of the current year.
The decline in Sri Lanka’s textile imports during the first quarter was mainly due to a substantial dip in textile imports during March 2013. During the month, Sri Lanka’s textile imports fell by 32 percent year-on-year to US$ 130.1 million.
Last year, Sri Lanka exported textiles and apparels worth US$ 3.8 billion and the country has set a target of achieving US$ 4.1 billion in textiles and garment exports this year.
The textile sector accounts for more than half of overall exports of Sri Lanka.