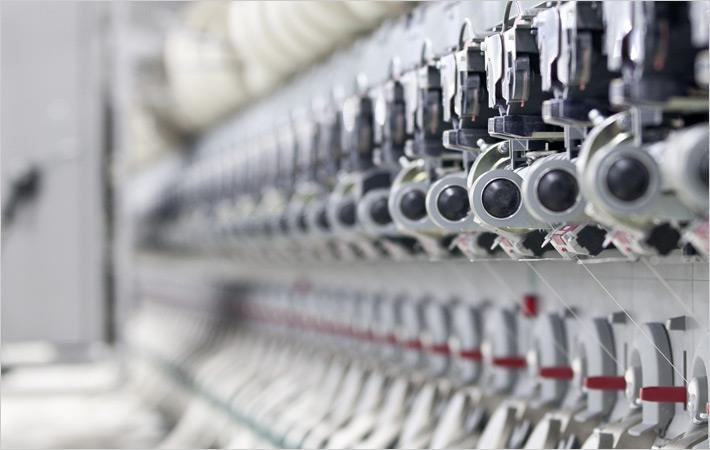 Research and development is the key to the growth of the textiles industry and the government has already invested in R&D in the textile machinery manufacturing sector, said textiles commissioner Kavita Gupta. She also added that India’s textile industry can overtake China’s in the near future as the former is more competitive in terms of labour and power.

The government will also ensure a favourable business environment with policies and infrastructural support, said Gupta while addressing the visitors at the ongoing textile machinery exhibition India ITME 2016 in Mumbai.

“R&D is a key to this growth. The government has added R&D investments in textile machinery manufacturing to get all benefits as any other sector. There is no reason why India cannot overtake China in near future. We are already more competitive than China in labour, power and manufacturing costs in textile industry,” said Gupta.

At a conference at India ITME, the leaders of textile industry were unanimous in their view that the industry is witnessing a paradigm shift worldwide and India can seize the opportunity to be a dominant player.

The textile sector’s share in the overall Indian exports stands at 11 per cent and the country exported goods worth $40 billion in the fiscal 2015-16. India is well on its way to achieve the target of generating $300 billion through textile exports, according to RD Udeshi, president polyester value chain, Reliance.

Faster technology upgradation, marketing innovation, better policy framework, focus on quality and enhancing production capacities were identified as some of the growth drivers for textile and apparel business by the industry stakeholders. They also said that the ‘Make in India’ initiative by Indian government also needs to be leveraged to achieve scalability and be globally competitive.

Sustainability in textile manufacturing was also discussed at length at the conference in India ITME.

Bulent Eksoy and Sandeep Arora of Polyspin, India, said that the industry needs to replace urea urgently to save the impact on environment. Manish Mehta, MD of Sundrem TexVentures was of the opinion that Linen and Lincel are gaining faster acceptance as they are more sustainable in nature as raw materials.

The textile consumption within India is growing rapidly. Also, with China’s share in world textiles trade about seven times of that of India, the Indian manufacturers are sensing better exports in future, said the organisers of Indian ITME.

Visitors from 38 countries are participating in the ongoing exhibition that is witnessing dozens of product launches. It is proving to be an effective platform for joint ventures and collaborations between the stakeholders of textile industry in India and overseas. (KD)

Vietnamâs exports to Canada were worth $2.04 billion in the first...

In spite of the pandemic, Vietnam's e-commerce sector maintained a...