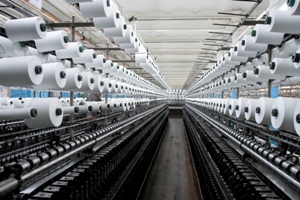 The Cabinet of the southern Indian state of Karnataka has approved the new Textile Policy 2013-18, prepared in May this year after studying the textile policies of the neighbouring states and on the basis of the growth prospects of the textile sector in the state.
The new policy envisages attracting an investment of Rs. 10 billion in the state’s textile sector over the next five years.
The new policy is expected to generate more employment opportunities, especially in the garment sector, Minister for Law and Parliamentary Affairs TB Jayachandra told reporters after the Cabinet meeting.
The policy would also give a boost to the spinning mills, as it includes a package for their revival, the Minister said.
Last month, Minister for Textiles and Ports Baburao Chinchansur, said Karnataka received about Rs. 55 billion investment in the textile sector in the last five years, which resulted in the creation of about 250,000 new jobs.
According to the Minister, the state accounts for around 12 percent of all textiles and apparel exported from India.
Earlier this month, the Indian Government granted a Rs. 10 billion special textile package to Karnataka for the revival of nine spinning mills in the region and converting cooperative loans given to beneficiaries into equity shares.
Out of the total amount, Rs. 100 million would be paid to state run banks towards dues raised to build the integrated textile park at Doddaballapur, near Bangalore, as well as to set up textile parks and skill development centers across the state.
A part of the fund would be used to increase the minimum wage of weavers in the region, as well as to pay arrears incentives and subsidies to investors.
Using funds from the special package, the Karnataka state Textiles Ministry is also planning to set up an international textile park at Yadgir and a skill development centre at Gulbarga, in the northeast region of the state.